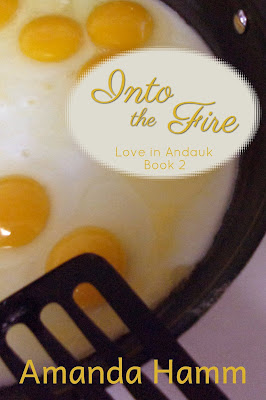 Joseph Ziebert has been planning and saving for a long time to create the life he wants. Now he’s on the verge of making part of his dreams come true, the business part. But he wants a wife and family to share it with. He can’t plan that.

Emily Mayor has spent years just trying to find the courage to tell her parents she might not want what they want for her. She’s finally found the space to figure out what she wants, and she’s trying to make her own plans. While she’s immediately attracted to Joseph, she worries that maybe his dreams don’t appeal to her as much as she thinks. Maybe she’s only exchanging her parents’ expectations for his. Maybe she’s jumped out of the frying pan and landed in the fire.


Want to check out notes or backstory?
Excerpt #28
Why I don't do poetry.
Writing the blurb.
Ready to read the book?
Amazon

The Art of Introductions - CWG Seal of Approval, 2021

This four-book series is set in a fictional town in Ohio, where many place names come from Native American words. Andauk is the Wyandot word for four.

They See a Family

This one isn't part of a series, though it does have a short prequel called The Study Group.

This series features a concurrent timeline. It was fun to secretly tuck the characters into each others' stories. Details are in this post, but you might want to read the books first.